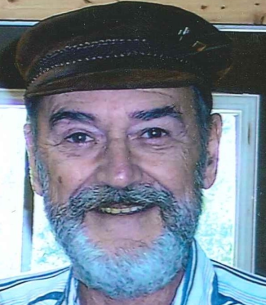 On Friday April 29th Wayne Boettcher lost his battle with Cancer. He died at age 79. Wayne was in the (short) care of Heritage Nursing Home in Elmwood WI having a toast with one last PBR with his daughter and good friend Gordy when he passed.

Wayne was born January 17th 1943 in Milwaukee WI and joined the Army in 1961. In 1966, he married Delores King and together they raised one daughter, Brenda Boettcher. Wayne worked as a machinist in Lake City until his retirement.

Wayne's love of country music and playing guitar was a favorite past time along with wood working, building and flying RC Planes. He was known for his love of Pabst Blue Ribbon beer and could be found hanging out at his home away from home, Bohdi's Saloon in Durand WI.

Wayne was preceded in death by his parents, Lester Boettcher (Hazel) and his mother Mary Ann (Harrison) DeLong; his late wife Marlys and brother Darrell.

He is survived by his daughter Brenda; 2 grandchildren: Kassondre and Chase; and his half-brother Dan (Linda) DeLong.

Military Service will be held at the Spooner Veterans Cemetery on Thursday May 19th at 3:00 p.m. A Celebration of Life open house will be hosted by Bodhi's Saloon in Durand WI on Saturday, May 21st 1:00 p.m. -5:00 p.m. with a special military ceremony at 2:00 p.m. will be held.