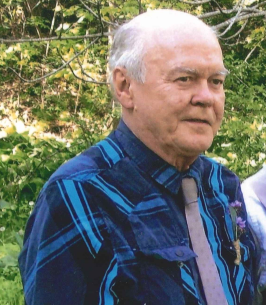 Terry was born August 21st, 1948 in Eau Claire, WI to William Gray and Betty Wilcox. He graduated in 1966 from Elk Mound High school where he was a self-proclaimed star point guard. He then joined the Navy where he served as a cook and got to live out his dream of traveling the world. He was discharged with Military Honors in 1973. In 2010 Terry retired from Pactiv in Chippewa Falls, WI after 23 years. After retiring Terry’s love for cooking led him to cooking breakfast at the VFW for the next 4 years.

Terry loved fishing and relaxing by the water. He loved watching all his favorite Wisconsin sports teams although if they were losing, he was known to call them a bunch of bums and change the channel. Quite often he would find out the next morning they came back and won the game! As mentioned above Terry loved cooking but he wasn’t about to share any of his secrets. In his later years he loved sitting out on the porch while enjoying a cocktail and watching the birds with his soul mate Jan by his side, and his beloved dogs by his feet.

Terry is proceeded in death by his parents William and Betty and twin granddaughters Rhiannon and Sylver Ceglian.

Terry will be laid to rest at Lakeview Cemetery in Eau Claire. There will be a Celebration of Life starting at 6pm on Friday April 22nd, 2022 at the VFW on Folsom Street where he was a lifetime member. Please come have a drink and share some memories and laughs in Terry’s honor.