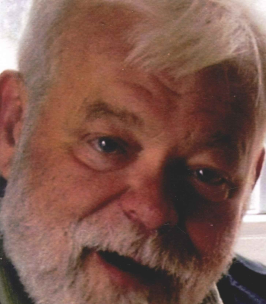 Steve was born on November 19, 1946 in McHenry, IL to Claude and Ruth (nee Huffar) Vander Pal. He was baptized as an adult into the Christian faith. On October 28, 1967, he married Penny Recknagel. Steve and Penny were blessed with three children: Bradley, Eric, and Cassandra. In 1977, the family moved to Millston, WI. Shortly after moving to Millston, in 1979, Steve began his own HVAC service business, Warrens Heating Service, which he worked at and managed for thirty years. In 2009, Steve took a job as a full-time bus driver for the Black River School District. He retired in June 2020.

Steve loved his family and spending time with them. He enjoyed horses and motorcycles (“Hondas not Harleys” he would say). Steve and family joined Trinity Lutheran Church of Millston, WI in 1980. In 2012, Steve and Penny became members of Morning Star Lutheran Church in Fairchild, WI. Steve was so thankful to be taught that prayer in the woods was not enough, that he needed to be in church to hear the Word of God preached in order for his faith to grow. He loved attending church and learning about His Savior Jesus, along with doing the many necessary behind-the-scenes things at church, like mowing the lawn, putting the hymn numbers on the hymn board, and taking care of the candles, among many others.

Steve was preceded in death by his father Claude, his stepfather William Seaver, his mother Ruth, six siblings, and his daughter Cassandra.

He is survived by his wife Penny, his son Bradley (Heather) Vander Pal of Apple Valley, MN, his son Eric (Jessica) Vander Pal of Hixton, WI, his brother Terry Vander Pal, 3 grandchildren, and many nieces and nephews.

A funeral service will be held on Saturday, August 20, 2022 at Morning Star Lutheran Church in Fairchild, Wisconsin at 11:00 AM with a visitation beginning at 10:00 AM. Pastor Chad Seybt will be officiating.