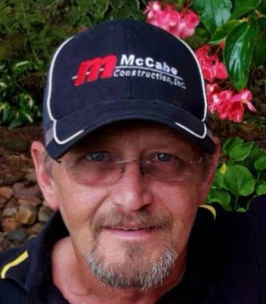 Scott “Scooter” R. Kinderman, age 59 of Chippewa Falls, passed away at home surrounded by loved ones on Saturday, March 26, 2022. He was born in Chippewa Falls on September 5, 1962 to Richard L. and Constance E. Kinderman.

Scooter married the love of his life, Jimette (LaVelle) at St. Charles Church in Chippewa on September 29, 1990. He and Jimette enjoyed going to Resthaven near Bruce, WI. He was a member of Operating Engineers 139 and just recently retired in September after 25 years and was so proud of being with the Operating Engineers 139. During his time with them, he spent several winter taking continuing education in Coloma furthering his knowledge. He enjoyed every minute of it.

He had a great sense of humor, loved a good joke. He was the life of the party, always having a smart ass comment. He loved his 3 dogs: Lizzie, Bella and Rocky.

The family would like to thank the staff at Mayo Clinic Health Systems – Eau Claire for their care of both Scott and Jimette and Mayo Hospice for their great care.