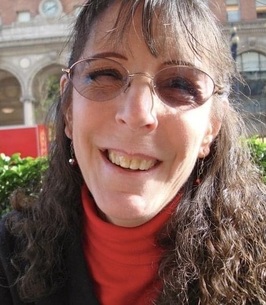 She was born in Kenosha, Wisconsin on April 6, 1952 to John and Katherine (Menheer) Brever.

Rita graduated from the University of Eau Claire where she met and married her husband Kim. They were married in the Ecumenical Center of the University of Eau Claire. Early years were hard, as they lived separately during the week. Rita had a job working for a social service agency in Washburn and St. Croix County, and Kim pursued his job and many businesses in the Eau Claire area. She then had a number of jobs pursuing her career goals as a Social Worker. She received a job working for the Heyde Health Systems where she worked for over twenty-three years until they closed. She was sad to have left and thoroughly enjoyed her assigned duties there, and the ones taken on by the goodness in her heart. She then received a job as a Social Worker and Drug and Alcohol Councelor working for the Wisconsin State Department of Corrections where she remained until retirement. She also traveled extensively with her family to many great locations for her career and Kim’s many business adventures. Kim and Rita enjoyed a number of things in their life together. They use to say “We may be old, but we have seen all the good bands.” When the kids got older, they went with to many music venues.

Along with her work life, she put her heart in being a mother to her two daughters Katrina and Heidi. Helping with school work and extra-curricular activities, helping with life’s stresses of growing up/adulthood, being there for them in times of need or for any big milestones in life and also, being the best friend they both found in her throughout the years. She is missed.

She was a faithful member of Saving Grace Lutheran Church of Eau Claire.

The McCarty Family would like to thank Heartland Hospice, Gereta Sotelo, Wendy Luedke, Kim Duccommon, Randy Mundt and all staff at Stokes, Prock and Mundt Funeral Chapel, Saving Grace Lutheran Church and choir, the many kitchen volunteers, our great neighbors, and many others that helped us through very trying times.

Services will be held at Saving Grace Lutheran Church 2124 Eastridge Center Eau Claire WI 54701 at 10:00 am on Monday, June 27, 2022. Viewing at 9.00 am until the time of service, lunch to follow and internment after at Rest Haven Cemetery.