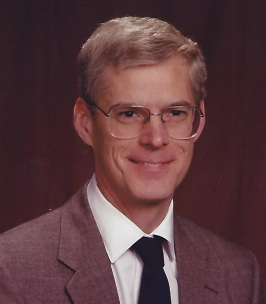 Nils Peter Odegard (Laurel, MD) age 65, passed away August 23, 2022 at Agrace Hospice in Madison, WI. Nils had spent the last year of his life with family in Madison as he battled the effects of lung fibrosis.

Nils was born on October 17, 1956 in Rockford, Il to Holtan Peter and Margaret Bond Odegard. His childhood was spent in Rockford, Il, Bloomington and Moorhead, MN, and Hudson, WI. Graduating from Hudson High school in 1974, Nils went on to do undergraduate studies at Case Western Reserve earning a B.S. in astronomy in 1978. In 1983 he earned a PhD in astronomy from the University of Wisconsin – Madison. In his graduate work at the UW, Nils used radio astronomy techniques to advance the understanding of dust clouds and ionized gas in the regions of space where new stars are born.
After post-doctoral assignments in Toronto and at the University of Maryland, he settled at the NASA Goddard Space Flight Center’s Sciences and Exploration Directorate where he worked 33 years as an astrophysics scientist. At Goddard, Nils worked on diverse topics ranging from data validation, photometry, zodiacal light, emission from the interstellar medium, Galactic structure, and the cosmic infrared background (CIB). Nils coauthored more than 80 scientific publications, many of which are highly cited. He made significant contributions to multiple NASA programs, including the Cosmic Background Explorer (COBE) - whose Project Scientist won the 2006 Nobel Prize in physics for the mission. He made significant contributions to the effort to quantify the contributions from the ionized and molecular phases of the interstellar medium (ISM) for the COBE/DIRBE experiment. Nils was also part of the Wilkinson Microwave Anisotropy Probe (WMAP) team which generated maps that have served as a "cosmic Rosetta Stone" linking the simplicity observed in the earliest moments of the Universe to the rich complexity present today. The WMAP team was awarded the 2012 Gruber Cosmology Prize and the 2018 Breakthrough Prize in Fundamental Physics. As a member of NASA's Legacy Archive for Microwave Background Data Analysis (LAMBDA), Nils had a key role in locating and adding data products related to astrophysical foregrounds, including galactic and zodiacal components. He also worked on the Roman Space Telescope, developing the detector calibration for the cosmology survey.

Nils enjoyed a stellar reputation not only for his scientific and technical skills, but for his bearing and collegiality. He was a soft-spoken unassuming and, above all, gentle person, honest and ethical in dealing with his coworkers, eager to help friends and colleagues, and always direct in expressing his views. He could be forceful without being confrontational, and as a result was liked, respected, and admired by everyone he worked with.

As a quiet man of science and integrity, Nils pursued his passions for astronomy, astrophysics, jazz, and symphonic music. He found solace sailing on his home waters of the St. Croix River, and later, on the Chesapeake Bay. He also loved to peruse the St. Croix Cove beach where he amassed an amazing collection of agates. It could be said with certainty that he never understood astrology, and disliked mushrooms.

The family will be holding a private service at Nils’ request. For those inclined, a Tribute Gift in Memorandum can be given in Nils’ name to the International Dark Sky Association https://darksky.salsalabs.org/tribute_pmt_form/index.html