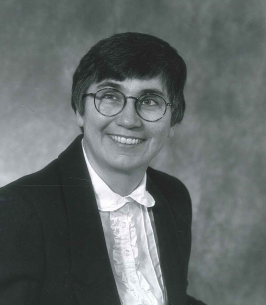 Maureen O'Brien of Eau Claire, passed away on Thursday, September 15 after 17 years of dealing with cancer. Maureen was born in Ladysmith on 10-14-1951 to Dolores (Kramschuster) and John "Blackie" O'Brien.

Her early childhood was spent in Ladysmith before moving to Rice Lake. She started her college career at UW-Barron County before graduating from UW-La Crosse with a B.S. degree in Parks and Recreation Administration. She later received a Master’s in Public Administration from UW-Oshkosh.

Maureen's career included working in Portage, Ml; the Rutledge Home in Chippewa; the Metropolitan Parks Council in the Twin Cities; and for the WI DNR. Maureen was an activist advocating for equality for all people; working with the Hmong community to get a school lunch program for the Manitowoc School District; and serving on the Eau Claire County Board for 6 years. This activism and public service led to being honored as a Grassroots Organizer at a tribute to Eleanor Roosevelt, Celebrating Wisconsin Women.

Maureen married Ron Clish of Chippewa Falls on 10-6-1979 at the Cook-Rutledge Mansion. Maureen and Ron spent many vacations traveling the US and Canada visiting national parks, monuments, and museums. They also traveled overseas including a special trip to Maureen's ancestral homeland, Ireland.

Maureen was preceded in death by her parents. She is survived by her husband, Ron Clish, Eau Claire; sisters: Peggy (Ken) Nehring, Chippewa Falls, Dorothy O'Brien (Richard Antoine), Longboat Key, FL, Patricia O'Brien (Dennis Driscoll), Milwaukee; and one brother Peter (Joanne) O'Brien, Apple Valley, MN. She is also survived by a niece and nephews and cousins, and many friends.
A Celebration of Life will be held at Stokes, Prock & Mundt Funeral Chapel, 535 S. Hillcrest Parkway, Altoona on Saturday, October 22, 2022 from 1:00 p.m. until 3:00 p.m. At 1:00 p.m., there will be a time of remembrance. Inurnment will be at Forest Hill Cemetery, Eau Claire.

Memorials can be made to your charity of choice or the American Cancer Society.

Thank you to the Mayo Hospice group for their help in this journey.