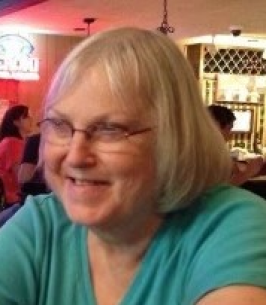 Mary A. (Hanson) Jackelen, age 72 of Eau Claire went to be with her Lord and Savior on Monday, September 5, 2022 in Altoona. Mary was born on June 10, 1950 in Superior, Wisconsin to Lawrence and Laura Hanson.

Mary graduated from Northwestern High School in Maple, WI in 1968. She attended St. Luke’s School of Nursing and graduated as an X-Ray Technician and worked in the Twin Cities area.

She married Gary Jackelen on October 4, 1980 in St. Paul, Minnesota. She was a big fan of Wisconsin athletics, especially the Brewers, Packers and Badgers. Mary enjoyed going to one Brewers and Packers game a year. One of the highlights of the year was visiting Fort Meyers, Florida during the winter.

She is preceded in death by her parents, and sisters Shirley (Lane) Gann and Leann Homer, and brother-in-law Tom Sandman.

Private services will be held.

Mary loved her family and will be dearly missed.