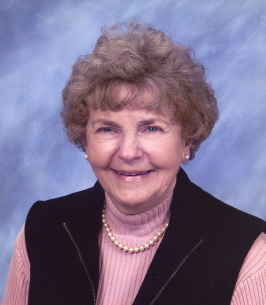 Margaret M. Brehm passed away Tuesday, September 20, 2022, at Heritage Court Memory Care, Eau
Claire, Wisconsin. Born on August 1, 1930, to Hilbert and Matilda Pagel, she grew up in Wauwatosa,
Wisconsin, and graduated from Wisconsin Lutheran High School. In 1954 she married Donald Brehm
and enjoyed 54 years of marriage until Don’s death in 2009.

Don and Marge enjoyed making new friends as they moved around the Midwest due to Don’s job with
Lutheran Social Services. In the early years of their marriage they resided in Wauwatosa; Sparta,
Wisconsin; Slater, Iowa, and were blessed with four sons. They then spent over ten years in Eau Claire,
Wisconsin, raising their boys, after which they moved to Wichita, Kansas. At that time they decided to
go into employment for themselves and purchased a motel in Oshkosh, Wisconsin. Upon Don’s
retirement, they continued to live in Oshkosh.

Marge was very active and worked part-time at Schwab Realty in Oshkosh well into her 70’s. She loved
playing racquetball at the YMCA and led an exercise class for seniors. Her love for helping others was
exemplified by her life-long service to the Church. She rarely missed a Sunday morning service and
helped in whatever needed to be done. Her many activities included leading and participating in Bible
study groups, caring for plants and flowers, singing in the choir, and driving others to church. She also
conducted ministry at the Winnebago Correctional Center. Her love for the Lord played a significant role
in her entire life.

Margaret is survived by her sons, Dave (Sue) and Jeff; sister, Lois Wolfanger; grandchildren, John Brehm,
Laura (Chris) Davison, Amanda (J.T.) Prather, and Evan (Samantha) Brehm; and six great-grandchildren.
She was preceded in death by her husband, Don; her parents; and sons, Donald and Steven.
A memorial service will be held at 11:00 a.m. on Saturday, October 15, at Trinity Lutheran Church, 370
Bowen Street, Oshkosh, Wisconsin, with visitation one hour prior to the service. Memorials may be
given to Trinity Lutheran Church or to the charity of your choice.