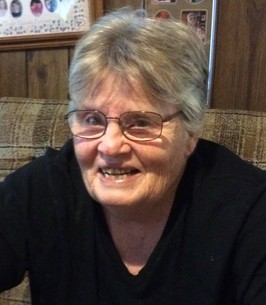 Joyce was born in Dixon, IL on July 7th, 1943 as the sixth of seven children to Henry Huntington and Florence Irene (White) Brimblecom. On March 9, 1964, she married Thruman Franklin Sauleen in Pine City, MN. They resided in Spooner then Trego, WI where they raised their four children - Julie, Kimberly, Dawn, and Adam.

Joyce loved the outdoors - hunting, fishing, gardening, and bird watching. She had her favorite fishing holes and would typically out fish anyone who joined her. The mystery of Bigfoot was so intriguing to her with the possibility that it could exist. She also loved playing cards - cribbage, smear, and rummy were some of her favorites, as well as Go Fish with the grandkids and great-grandkids. If you weren't sure of the rules, she was always right anyways.

Joyce was the matriarch of writing letters, taking photos, and creating home videos. Very rarely would you find her in front of the camera, but she made sure she documented everything that everyone else was doing. She was also strong in her faith with God, enjoyed bible studies, and more recently the ability to watch recorded sermons from home.

Joyce had a passion for taking care of others over herself. This passion drove her to a career as a Certified Nursing Assistant (CNA) for many years until retirement.

Joyce was preceded in death by her husband, Thruman; daughter, Julie Ann Moore; siblings, Wilbur (Billy) Brimblecom, Barbara Glick, Jack Brimblecom, Richard (Dick) Brimblecom, and Ronald (Mick) Brimblecom; as well as numerous friends and extended family. She was faithful to seeing them all again in the eternal afterlife.

No funeral or memorial service is immediately planned. The family will notify loved ones in the warmer months when a service is scheduled.