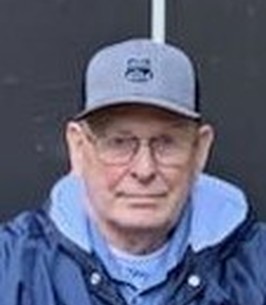 John Jerome Marson, 87, of Bay City, WI, formerly of Hudson and Ellsworth, WI, and Red Wing, MN, died May 5 at St. Crispin’s Living Community in Red Wing, MN. He was born on May 18, 1934 in Hudson, WI to Francis and Frances (Feyereisen) Marson. He grew up on the family farm and graduated from Hudson High School in 1952. He married Carole M. Anderson of Emerald, WI on July 14, 1954. John farmed with his Dad and served in the Wisconsin National Guard and during that time he worked at Armour Meat Packing in South St. Paul, MN.

In 1973 John and Carole purchased a 120 acre farm south of Ellsworth, WI which they operated during the time that John also worked at 3M until 1979 when John joined Red Wing Shoe Company where he retired from in 2000. Post retirement, John and Carole also did housekeeping at Ferrin’s Furniture in Red Wing, MN for 20 years. John and Carole were lifetime campers and travelers, seeing much of the American west. They also enjoyed northern Minnesota and Wisconsin and especially the Minnesota North Shore area.