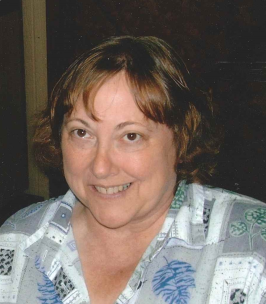 Shortly after her birth, the family moved to Cumberland Wisconsin. After graduating from high school, she went to Barron County Campus for a year before transferring to Mount Mary College in Milwaukee, graduating in 1975 with a degree in Occupational Therapy.

After finishing her internships, she took her first job at Mount Carmel Nursing Home before moving to Eau Claire. It was here she stated working for Northern Center for two years then moved to her career job at CESA #10 until she retired thirty years later. She was not quite through with her career as the Eau Claire School District hired her for one day a week for three years.

She married her husband Rick on September 13, 1975 at St Paul’s Lutheran Church in Cumberland. Their love and devotion produced three sons Nathan, Adam, and Joshua.

Besides work, Joan was very active in her church. Because of her love of helping children, she volunteered as a Sunday school teacher and later as Sunday School Superintendent as well as helping out with Vacation Bible School. She also taught sixth grade confirmation. Joan was also interested in helping the church and sat on the church council for a number of years as well as being the Lutheran World Relief coordinator.

Joan enjoyed quilting. She would often give her quilts to relatives and friends for weddings, birthdays, or any special occasion. She also love to sew and would make clothes for her family and in later years for children and the granddaughters dolls. She enjoyed puzzles, especially jigsaw puzzles and would often put one together while watching television. She passed this on to other family members and grandchildren, nieces and nephews would come over and get a puzzle out first thing. Gardening was another passion. She could be found in her gardens from spring to fall caring for her flowers and especially her hostas.

She was a mother, grandmother, sister, and friend who will be deeply missed.

She was proceeded in death by her parents William and Eunice and many aunts, uncles, and cousins.

A memorial service will be held at Our Redeemer Lutheran Church, 601 Fall Street on Monday, May 16, 2022 at 11:00 a.m. with Pastor Jeff Carlson officiating. Visitation will be at Stokes, Prock, and Mundt Funeral Chapel, 535 S. Hillcrest Parkway, Altoona from 4:00 p.m. until 6:00 p.m. on Sunday, May 15 and one hour prior to the service at the church. Private inurnment will take place at Calvary Cemetery in Eau Claire.