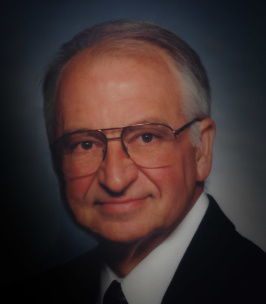 During his youth, Jerry found great pleasure being outdoors. This love was fostered through his participation in Cub Scouts, Boy Scouts, Explorer Scouting and the Order of the Arrow. He obtained the rank of Eagle Scout with added Palms.

Education was an important part of Jerry’s life. He earned a bachelor’s and master’s degree from Lycoming College in Williamsport, Pennsylvania. He earned a second master’s degree from Garrett Theological Seminary on the campus of Northwestern University in Evanston, Illinois. His doctorate was completed at Saint Paul School of Theology in Kansas City, Missouri. Throughout his years of higher education, Jerry served several United Methodist Churches as a pastor and raised a family.

In 1970, Jerry became an assistant professor at Iowa Wesleyan University in Mt. Pleasant, Iowa. He championed the Responsible Social Involvement course, which became the capstone six-credit graduation requirement for all students. In his final 10 years at Iowa Wesleyan, Jerry became the Vice President for Academic Affairs then the College President.

In 1985, Jerry joined the University of Wisconsin-Eau Claire Foundation, leading the major gifts and planned giving programs. During his final decade at the university, he returned to the classroom where he was able to reconnect with students and share his love of major world religions.

Jerry retired in 2012; however, continued to serve by performing baptisms and weddings. This was highlighted by a final wedding ceremony performed at Azura Memory Care in Eau Claire, where he was a resident.

He continued his love of the outdoors throughout his life. This included visiting National Parks and camping with his family, spending summers in Northern Wisconsin at his family cottage and dedicating countless hours to both vegetable and flower gardens. He and his wife Lee Ann also traveled both nationally and internationally, taking opportunities to learn about and appreciate diverse cultures and religions throughout the world.

Jerry had a great appreciation for the arts, especially music. He also enjoyed dancing at the local Moose Lodge and UW-Eau Claire Viennese Ball. In support of these programs and the community, he also served on multiple non-profit boards and led various philanthropic efforts.

An avid reader and storyteller, Jerry will long be remembered for his sermons, passion for teaching, campfire tales and desire for daily conversations.

The family would like to thank the staff of Azura Memory Care for their respectful and warm-hearted care of Jerry (a.k.a. Jer-bear).

Visitation will be held at Hope United Methodist Church at 2233 Golf Road, Eau Claire, WI., from 10:00 to 11:00 a.m. on Saturday, May 14, 2022, followed by a celebration of Jerry’s faith and life at 11:00 a.m., with the Rev. Hyejung Hwang officiating. The service will also be available through the church’s Facebook page.

In lieu of flowers, memorials may be made to Hope United Methodist Church.