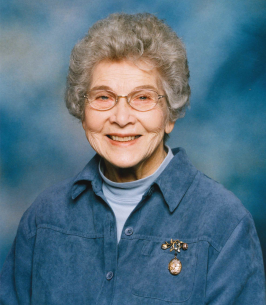 On November 25, 1950, she married George L. Chaput. They lived in Eau Claire all of their married lives.

She was preceded in death by her husband in 1989; her parents; infant brother, Lester Aaron; brothers Walter and Russell; and sisters Edna Eliason and Irene Willy.

A Memorial Service will be held later this summer.