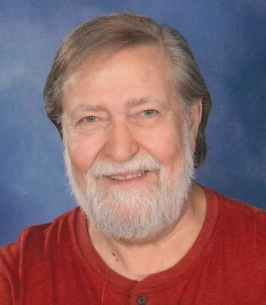 Gerald “Jerry” Hagedorn passed away peacefully into the loving arms of his Lord on Sunday, August 14, 2022 at the Mayo Clinic Health System – Eau Claire under the care of Mayo Hospice. His loving family was with him every step of the way during his seven-month battle with cancer. He was 76 years old.

Jerry was born in Eau Claire on June 7, 1946, the son of Richard and Arvelina (Quast) Hagedorn and lived his entire life in the Eau Claire area. He graduated from Eau Claire North High School in 1964 and served in the United States Army from February 1966 to February 1968. Jerry worked for Presto Industries for 7 years and went to work for Eau Claire Plumbing/First Supply for 28 years until his retirement in December 2004.

He married Sharon Schacht on June 7, 1969 at Grace Lutheran Church in Augusta. This was also his 23rd birthday.
Jerry loved spending time with his family and rarely missed attending activities involving his two granddaughters. He treasured the time he and Sharon spent at their cabin near Lake Eau Claire. He was an avid hunter and fisherman and spent many hours in the woods with his special cousin and hunting buddy, Bob Quast and he looked forward to the yearly Canadian fishing trips with his cousins and uncle Harry. He followed the New York Yankees and Milwaukee Brewers and was looking forward to the World Series.

Jerry was a man of strong faith which gave him great comfort in his final months. He said “The Lord gave me 75 years, maybe he has one more for me.”

A memorial service will be held at 12:00 p.m. (noon) on Saturday, August 27, 2022 at Our Redeemer Lutheran Church, 601 Fall St., Eau Claire with Pastor Jeff Carlson officiating. A visitation will be held from 11:00 a.m. until time of service. Interment will be Rest Haven Cemetery.

The family would like to extend a special thank you to the doctors and nurses with Mayo Health System who provided care for Jerry these past seven months.