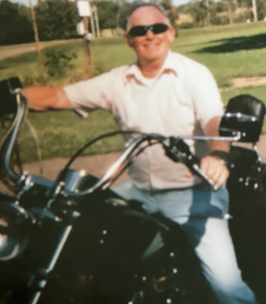 On August 30, 1937 in the town of Anson, Wisconsin, a son was born to Roy Sr. and Lela Ford. God had given life to Gary Allen Ford Sr. Then, 85 years later, on this same date in the year 2022, God took Gary home. Gary died at Sacred Heart Hospital, Eau Claire, Wisconsin. He died of complications with a stroke.

In 1962, Gary met his loving wife of 58 years, Lorraine (Moss) Ford. They met at St. Joseph hospital, Chippewa Falls, on the third floor, while viewing the same newborn baby who was born to his brother Lawrence Ford and his wife Caroline Ford, who was Lorraine’s friend.

Gary grew up on the same land he was raised on. He was given his portion of the family land and that is where remained, built his home and still lived. Joking around with people, hunting, and fishing were some of his favorite things to do. He also loved to travel and see as much of the world as he could, often talking about his trip with his mother and two brothers. He had taken some trips to other places, but he only flew in an airplane once, with his daughter Vicki, who worked for Delta Airlines. He also enjoyed playing the guitar at church and singing with his family.

Gary loved to drive to see the deer country “down South.” Hunting season for Gary was talked about and thought about all year long, especially reminiscing frequently about the shot of a lifetime when he got a buck and a doe at the same time with just one bullet.

Gary took his last breath after seeing his loved ones. Gary was ready to meet the Lord. He was loved and will be missed by many.