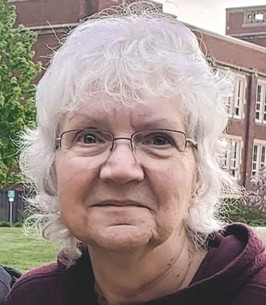 Dianne was born October 26th, 1950 in Eau Claire, Wisconsin to George and Edith (Pagenkopf) Scheit. Dianne and her younger sister Connie grew up on a turkey farm in the Town of Wheaton until 1962 when the family moved to Chippewa Falls, Wisconsin. Dianne graduated from Chippewa Falls High School in 1968 and continued her education in Madison. After graduating in 1969, she began her 53-year career in the EEG/EKG department at Sacred Heart Hospital.

Dianne married Michael Bertrand in 1970. Together they had two daughters, Keelynn and Shawnda. After their divorce, Dianne met Gary Riese and quickly fell in love, beginning their almost 41-year marriage in December of 1981. The Rieses moved their new family to the Village of Fall Creek, Wisconsin in 1986.

Fall Creek provided Dianne with many opportunities to share her passion for helping others. On a dare, Dianne joined the Fall Creek Area Fire District in 1989 as the first female firefighter in the village. She was one of the founding members of the original first responder group with the fire department. She served as chief of first responders for several years and the fire department secretary for over twenty years. Although Dianne had retired from active duty, she continued her role as secretary until shortly before her passing.

Dianne continued an impressive list of firsts by becoming the first female member of the Fall Creek Lions Club. She was a Lion from 1989 to 2010 and served on the board of directors, twice as president, as a member of the Governor’s Cabinet for several years, and was voted Lion of the Year in 2000. Dianne received the Birch-Sturm Fellowship from the Wisconsin Lions Foundation in 1997 and was the first Fall Creek Lion to receive this award.

On top of working full-time at Sacred Heart, Dianne was the program coordinator for the Eau Claire County CPR Project. Over the course of 20+ years, Dianne taught CPR to thousands of students, adults, first responders, police, firefighters, and medical professionals.

Dianne enjoyed a well-organized thrift sale, whether it was perusing neighborhood sales or holding her own summer-long sale. She spent many summers with her grandkids in tow looking for a good deal or interesting tchotchke. During her free time, Dianne kept a vegetable garden, collected cookbooks, and read almost every day.

Dianne Riese was preceded in death by her parents George and Edith; her beloved cat Emily; and several aunts, uncles, and cousins.

She is survived by her husband Gary Riese of Fall Creek; sister Connie (Gary) Sagunsky of Appleton; daughters Keelynn (Jeff) Manor and Shawnda (Jamie) Kaeding of Fall Creek; four grandchildren Karisa (Trevor) Hadley of Baldwin, Nathan Manor, Julia Kaeding, and Jacob Kaeding of Fall Creek; great-granddaughters Tessa and Kora Hadley; nephew Stephen (Jodi) Sackett of Appleton and their children Brianna and Cameron; as well as her cat Cookie. In addition to these family members, she is survived by her good friend Julie Nelson who has spent many years working alongside Dianne at Sacred Heart.

Through Dianne’s career at Sacred Heart Hospital, volunteer service with the Fall Creek fire department, membership in the Lions Club, and involvement with the CPR Project, she has surely improved the lives of thousands of people in our community.

The family would like to send a heartfelt thank you to the nurses and staff of the fifth-floor cardiology department for their diligent care during her treatment.