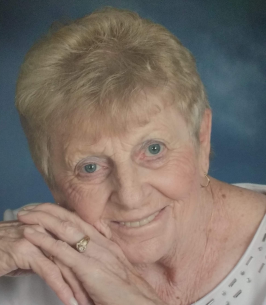 Connie grew up and attended school in Minneapolis, MN. She later lived in Chippewa Falls, WI, Lakeland, FL. and after the death of her husband, she returned to WI to be closer to her children.

She was an avid sports fan, enjoying football, baseball, wrestling and golf, (especially when Tiger was playing!). Throughout her life, she participated and excelled in softball, bowling, and golf.

A celebration of life will be held at a later date. She will be buried, alongside her husband at The Northern Wisconsin Veterans Memorial Cemetery near Spooner.