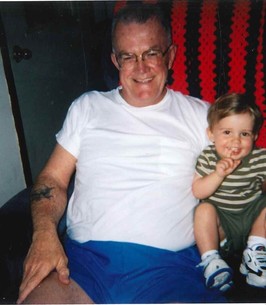 Arthur (Art) Joseph Thompson, 80, passed away peacefully at home on Aug. 25, 2022 with his loving devoted wife and family by his side.

Art was born on Jan. 26, 1942 in Eau Claire, WI. to Arthur W. and Dorothy Thompson. He enlisted in the U.S. military at the age of 17. He served 35 yrs. including 7 yrs. in the U.S. Army with one year in Vietnam and one year in Korea plus 28 years at the National Guard Armory in Eau Claire. He then worked 8 yrs. for Northwoods Courier. Art married Dianne McDonald on Feb. 28, 1968 in Eau Claire, and they were together for 52 happy years. They had three children together; Holly (Troy) Holmen of Osseo, Sheila (Brad) Frendel of Eau Claire, and Ryan Thompson of Menomonie. They blessed them with seven grandchildren; Mike (Taina Stenson) Lantz, Kaitlyn Lantz, Kayla and Wyatt Holmen, Brady, Tessa and Landon Thompson; two great grandchildren; Marshall Laumann and Emma Lantz and two grand yorkies, Honey and Charlie Frendel. Art is also survived by his sister Barbara Vestal, sister-in-law Joanne Grainger and brother-in-law Robert (Vivian) McDonald.

Art was an avid bowler with his highest average of 195, and he bowled his first 700 series at the Senior Bowling Tournament. He was very proud of both. In his later years, Art and Dianne loved to watch the Brewers on TV and have ‘Miller Time’.

Art was preceded in death by his parents Art and Dorothy Thompson, his father and mother-in-law Ronald “Bud” and Viola McDonald, his sister Sandra Mittlestadt, sister-in-law Shirley Davis, three brothers-in-law Gary and Ronald McDonald and Calvin Vestal, and his niece Hope Vestal.

Graveside Service will be held at Lutheran Church Cemetery on Friday, September 2, 2022 at 11:00 a.m with Chaplain Carl Schearer officiating. Military Honors will be provided by the VFW Post # 305.

The family would like to thank St. Croix Hospice for their support.

The Cremation Society of Wisconsin, Altoona, is assisting the family. Online condolences may be shared at www.cremationsociety-wi.com