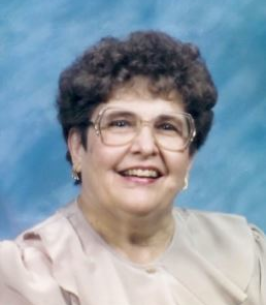 Anne was baptized into God’s family on April 28 by her father, Pastor Egbert Schaller. Her childhood years were spent in South Dakota and Minnesota, where her father served in the pastoral ministry. She attended high school and college at Dr. Martin Luther College in New Ulm, MN.

After teaching three years in Sanborn, MN, she was married to Paul R. Koch at Nicollet, MN on June 18, 1953. The early years of their marriage were spent in North Dakota and Minnesota, where Paul served as pastor to several congregations. During these years Anne and Paul were blessed with son Timothy and daughter Elizabeth.

They moved to Eau Claire, WI in 1963, where Paul served as instructor at Immanuel Lutheran College. Anne was primarily a homemaker; however, in 1976 she began part-time employment at Sacred Heart Hospital. She retired in 1996 and enjoyed being at home again full time.

Anne was preceded in death by her parents Egbert and Frieda; brother Allison; uncles, aunts, and many cousins.

The family would like to thank the nursing staff of Mayo Home Health & Hospice for all of their loving care and support.

Anne’s victory service will be held at 6:30 p.m., June 22 at Messiah Lutheran Church & School, Eau Claire, WI. Visitation will be held one hour prior to the service. The service will also be live-streamed at eauclairemessiah.com. Private burial is planned for a later date at Pilgrim’s Rest Cemetery in Mankato, MN. Stokes, Prock & Mundt Funeral Chapel is assisting the family with arrangements. Online condolences may be shared at www.cremationsociety-wi.com.